I had so much fun recapping the Fear Street books. Every one of them had it's own brand of wtf charm, but I'm not going to lie that a few of them stole my heart. I really struggled to get this list down to only five, but these are my five absolute favourite books in Fear Street history. I know that A.M. Stine is also working on her list of faves as well (I bet they are all zombie-related).

By “funniest” I mean the ones that made me laugh the most, not necessarily because the book was funny but because the post was. You might think I’m crazy. It’s a very subjective heading. There is also a big element of laughing at your own jokes, but if you made the jokes five years ago is it still lame? Probably. Anyway, these are the ones that I caught myself sniggering at:

Yes, I'll admit that occasionally, a Fear Street would send a chill up even our spines. These are the books that we admitted to feeling the slightest, tiniest bit like we might want to hide the book in the freezer for awhile.

The First Horror
The Secret
Switched
Trapped
Daughters of Silence
Posted by L. K. Stine at 12:59 PM 5 comments: Links to this post 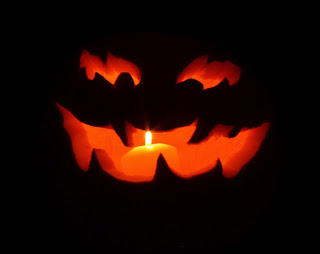 Happy Halloween, Fear Street lovers. And could there possibly better news, EVER, then the fact that the fear master himself, R. L. Stine, is set to revive the Fear Street series with new books! Holy crap, I am over the moon about it. According to his Twitter, which I now follow with absolute delight, he is halfway through the first book, Party Games. Things couldn't be better. Of course A.M. and I will be following these new developments.

So, in honour of the awesome news, and of course for Halloween, I put together some of the things that make Fear Street so very special in our hearts. I am so eager to see how much of this ends up in the new series.

Some of the best things that make Fear Street books so awesome are the little details. For A.M. and I, that means the awkward description of kisses between chaste teenagers, or the mind-bogglingly gross-out ways that R.L. has thought up to off his characters. I also started to make a list of all the books we've deemed have abusive relationships within them, but it was basically every one of them, so I just stopped. Also, it seemed a little wrong to highlight that aspect of the Fear Streets too much. Just know that we here at Shadyside Snark frown on abusive relationships and you should never date someone who dumps a bucket of leeches on you. In case you needed that bit of life advice.

Make no mistake about it - one of my favourite things about Fear Street is the really awkward way kisses are described. They rarely sound enjoyable at all. Just one more part of the teenage horror experience?

Broken Hearts
Cheerleaders: First Evil
The New Girl
The Betrayal
The Boy Next Door
Goodnight Kiss
The Face
The Hitchhiker
The Dead Girlfriend

The letter opener, bar none, is the best murder weapon ever, and much more common than you would think. It does make me wonder, though - who are all these people with letter openers? If people could see the stats on how many of these lead to terrible deaths, maybe they'd just stick to opening letters with their fingers, paper cuts be damned.

And by best I mean worst.

I started to compile the deaths that gave me the creeps, but I eventually had to stop. R.L. is super creative when it comes to death. Here is just a sampling of some of the gruesome ways you could possibly go. A surprising amount of these were found in the Evil Cheerleaders series - that Sarah Fear was a complete ghoul!

These are some of the scenes that just stick in your head - we remembered them vividly even after years since reading Fear Street for the first time.

For All Fear Street Lovers

I know it's been awhile, Fear Street fans. Approximately three years or so? While A.M. Stine and I finished blogging all the Fear Street books, we never stopped thinking about Fear Street books. Obviously. So three years later, I finally got around to doing what I meant to do as soon as we were done with the blog - get a little organized. With lists and things.

First thing, you'll see that I have created a new page with all the Fear Street books we've blogged, in order (the Fear Street Books, an index). So if you're the type who likes to read things in order (clearly A.M. and I do not fall under that category), you can peruse over there.

Also, just for fun, I've put together some lists of different themes of books. R. L. does like to fall back on some stereotypical horror themes, which is okay. It only makes me love him more. Here are some of the major themes. Stay tuned for some more personalized favourite lists coming soon.

Vampires were so hot about three years ago. These were my faves to blog about and I tried to do as many as possible. If vampires are your thing, and why wouldn't they be, enjoy R.L.'s interpretation of Twilight. Just click on the link to head there.

Zombies were 100% A.M.'s thing. If I ever accidentally ended up with a Fear Street about zombies, she would basically be despondent (and it was really hard to tell, because if you look back over these recaps, you'll see the zombie twist would almost always happen at the very end and you never see it coming!) These without a doubt are some of the books with the biggest wtf factor, so suspend disbelief and any sense of logic, and enjoy.

Such a horror classic, and a great way to get a plot moving along. Evil twins (or evil siblings pretending to be twins) often pop up in the Fear Street books, to the point that I started to keep an eye on A.M.

Double Date
Into the Dark
The New Girl
Chamber of Fear